How much did college grads earn last year? Via Shutterstock.

Since I graduated college I’ve wondered if I made a mistake in choosing my major. English and Journalism seemed like the natural choice for an avid reader and writer BUT was my education really worth the investment? Money.com’s article, “Here’s What the Average Grad Makes Right Out of College,” shares statistics that has me, and may have you, rethinking your chosen major.

How Much Do College Grads Earn Right Out of College?

In 2014 recent college grads made a starting salary of $45,478 according to the National Association of College’s and Employers new report. For a first job, that salary doesn’t seem half bad BUT not all recent grads are this lucky.

You probably won’t be surprised to learn that the salaries of college grads vary greatly depending on major. As would be expected, liberal arts grads (that’s me!) come in dead last with a salary of almost $10,000 less than the overall average. Ouch! Predictably, engineering majors come in first with an average salary of almost $20,000 more than the overall average. Here’s the breakdown of salary based on major:

I wasn’t surprised by these statistics, but that could be because I’m a writer dating an engineer. This has caused me to see first hand the large discrepancies in salary. However, I was surprised to find that Payscale.com’s College Salary Report has NINE out of their top TEN highest paying majors going to engineers. Woah! It seems to me that engineering may be the best major for those looking to make a good living after college.

How Much Does Salary Matter?

While I’d hate to say not to pursue your dreams because of a low salary, you definitely want to consider how you’ll be living after you graduate. The Billfold’s recent article, “Pulitzer Price Winning Journalist Left Journalism Due to Low Pay,” explains that being successful in a liberal arts field does not always mean a big salary. On top of this, college debt may be hard to pay off if you’re struggling just to get by on a below average entry-level salary.

Your salary does greatly impact your life BUT so does your choice of job. I can’t imagine working at a job every day that I hated just for a paycheck, but I also want to be able to pay my bills. For this reason, I think it’s important to choose a major (and a job) that will help you have the future you’re looking for. In my opinion, your predicted salary should not be the only factor in deciding your college major.

What do you think? Should students choose their major based on salary?

What Do You Want For Mother’s Day?
11 Tricks to Save Money on Dog Food 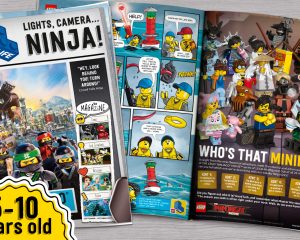