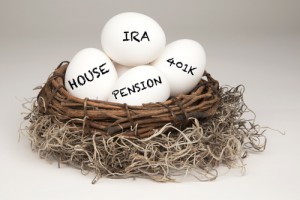 I am fortunate enough that my employer offers me a 401k retirement savings plan. Last week, I was informed that my company is now offering a Roth option to our 401k retirement plan. I had no idea what that meant. So I called up my financial planner and we talked about my options.

First, what is a 401k?
A 401k plan is a retirement saving plan sponsored by your employer. You designate a percentage of every paycheck to contribute, and your employer puts the money into an account that is managed by an outside company. This money is pre-tax, meaning you do not pay income tax on these contributions until you withdrawal them – years and years down the road. You can contribute up to $17,500 a year if you are under 55, and in some cases your employer will match contributions up to a certain percent (mine matches up to 6%). Free money! Not a bad gig, right?

You are responsible for deciding how to invest your money among the options offered by your plan. Typically, a 401k offers mutual funds that invest in various sectors of the financial markets. Some 401k plans also offer shares of your employer’s stock. Typically you don’t touch the money in the plan until you reach age 59 ½ – retirement. Withdraw any of it before then and you’ll be hit with a whopping 10% early withdrawal penalty on top of the regular income tax that is due on withdrawals. Yeoch!

Okay, now what is a Roth 401k?
A Roth is a separate account in your 401k retirement savings plan that holds designated Roth contributions. What makes it different from your existing pre-tax contributions is that your Roth contributions will be deferred on an after-tax basis. Meaning you are taxed on that contribution now, and then it is placed into your retirement account. So when you go to withdrawal those funds upon retirement, you are free and clear of taxes!

Which one should I contribute to?
Well, it depends. For example, if you’re on the young side or aren’t a high earner, choosing a Roth can be a smart move. Yes, you give up the initial tax break on your contributions – but if you’re not in a high tax bracket, the tax break wouldn’t have been that huge anyway. The Roth option will let you avoid taxes when you’re retired, which is a great thing.

On the other hand, if you’re in a high tax bracket today or closer to retirement, a traditional 401k’s immediate tax break may make more sense than the Roth’s deferred gratification – especially if you expect to be in a lower tax bracket when you begin to make withdrawals from your account.

You basically need to answer the question: Do I want to pay taxes now or later? My financial planner suggested I contribute to both. He said I should pay tax on Roth contributions now while I am young and debt-free, so I don’t have to worry about them later. But I should also take advantage of the tax breaks of a traditional 401k now, so I have extra income for emergencies, a new car or anything else I might need now.

How do you save for retirement?

4 Tax Deductions You Can’t Afford to Overlook
How Much Does Your Public Library Save You? Calculate It. 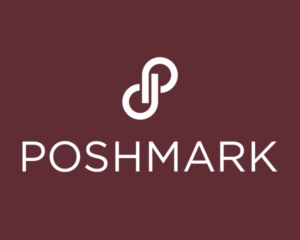