Did you know that dollar stores are set up for quick shopping? Via Shutterstock.

As a bargain shopper the dollar store is one of my favorite places to shop, so I thought I knew everything there was to know about shopping there. I was wrong! Here are five dollar store facts that will surprise even frequent dollar store shoppers.

1. You Can Shop Faster

Dollar Stores tend to be smaller than department and grocery stores. By carrying only the most popular sizes and brand items the dollar store makes shopping simpler. The average Dollar Store customer completes their trip in only ten minutes.  For busy moms (or college grads working multiple jobs) a quick trip can be a lifesaver!

5.  There are 5 Dollar Stores for Every Walmart in the U.S.

In 2013 there were five dollar stores for every Walmart in the United States. Due to their smaller size and staff requirements dollar stores were able to open much more quickly than the popular chain.  Last year, a new dollar store was opened every six hours! In order to compete with dollar stores Walmart began opening smaller stores in 2012.

2. Not All Items Are Cheaper

While $1 may seem like a great deal, not every item in the dollar store is a bargain. We found 10  items that are more expensive at the dollar store. One way to make sure you’re scoring a good price is by calculating the cost per ounce. Or per unit. Typically, the dollar store has smaller items (and a smaller price tag) BUT you can often find a larger version at a competing store for only a few cents more and a significant percentage less per ounce.

Recently, dollar stores began accepting manufacturer’s coupons. In fact, we found that all but one of the four largest dollar store chains are now accepting coupons! Using manufacture coupons at dollar stores is a great way to score lower costs (and occasionally even freebies!). When using coupons the most cost effective method is often to buy the smallest, cheapest item in order to score the highest percentage off. That makes the dollar store the perfect place to shop! Be sure to check out our daily freebies post to see if you can snag any dollar store freebies.

According to the New York Times article, The Dollar Store Economy, 22% of Dollar General shoppers are making over $70,000 a year. That’s equivalent to one in every five shoppers! This is also their fastest growing segment of shoppers. Still, the largest percentage of shoppers, 50 percent, make under $40,000 a year.

Were you surprised by these dollar store facts?

67 Things You Should Always Buy at the Dollar Store

Is Bankruptcy Better Than Debt?

The Case for Child Labor: Roth IRA For Kids
LivingSocial: Find Deals Near You! 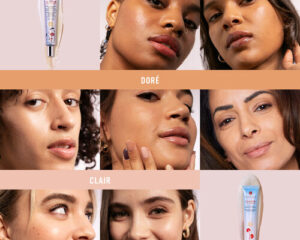