Chicago on a budget – it can be done! Via Shutterstock

Chicago is a popular tourist destination, and Chicago hotels are not cheap during the high season, but you can get some good deals in April and May as well as September and October when the weather is fine, and there are lots of things to see and do. Hotels such as the Fairmont Chicago at Millenium Park are conveniently located near the Chicago River and Lake Michigan as well as many of the most important attractions.

1. The cheapest hotel rates are during the winter when the weather is cold. However, even in the winter there are special events such as the Thanksgiving Day parade and the Chicago Auto Show when hotel prices rise. If winter is your only option, there are many places to visit that are indoors such as the Hancock Observatory, the Shedd Aquarium and the Sears Tower Skydeck. The Chicago Cultural Center is near Millennium Park and offers many free events, including music, films, lectures, theater and dance performances.

2. There are many free activities for children such as the Lincoln Park Zoo. It is open every day of the year and considered one of the most beautiful zoos in the country. It has world-class wildlife exhibits and famous historical architecture.

3. The Buckingham Fountain provides a spectacular free show every hour from eight in the morning to 11 at night from mid-April to mid-October. However, the light and music starts at dusk.

4. Get half price tickets online to more than 200 theaters in Chicago. Enjoy world-class theater at discounted prices through the League of Chicago Theatres.

5. Chicago has hundreds of first-class restaurants, but you don’t need to spend a fortune to get delicious meals. You’ll find excellent cheap food in Beverly where there are many family-run diners and cafes. Tuesday is the cheapest night to dine out throughout the city. Just because the food is cheap doesn’t mean it’s low quality. Look for delicious cup cakes, pies and gelato as well as Italian beef and cheese sandwiches on homemade bread. Chicago has taken tacos to a whole new level with 23 famous taco restaurants that won’t break your budget.

6. Millennium Park is on the eastern side of downtown and admission is free. It’s open every day from 6am – 11pm. The attractions in the park start with the famous mirrored chrome bean created by Anish Kapoor. Called Cloud Gate, it reflects the sky on the top and the surrounding plaza on the bottom. The Crown Fountain includes two LED screens reflecting in a large pool where people can splash and play. The screens show the faces of 1,000 Chicagoans and, as in mediaeval fountains, the water spouts from their mouths. The reflection pool is open from mid-April to mid-October, but the faces are on view all year.

Chicago is a city with a lot to offer visitors, which is why it is a favorite vacation destination. The city has budget hotels near the Loop and downtown, and the luxury hotels offer cheap rates during the off season. No matter what time of the year you travel, with a little planning, it’s possible to have a great vacation on a budget. 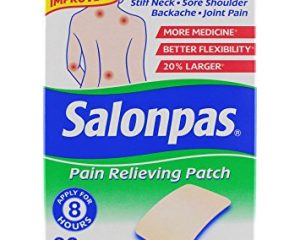