The British weather is a topic that starts many conversations on an almost daily basis and it is fair to say that we do not live in the warmest climate in the world. We take the rain and wind and chill factor in our stride and treat our ability to cope with what is being thrown at us from above with usual stoical good nature and a fair helping of humour.

What is harder to fathom when you take into consideration our climate and how seemingly infrequent the sun seems to put in a worthwhile appearance, is how poor many of our households are at conserving energy.

According to a heatmap that was produced as a result of a survey by npower, it appears that almost half of Britain’s 26 million homes are wasting money by allowing heat that they have paid for, to simply escape through the walls and roofs of their properties as a result of poor insulation. It seems that about a third of the people surveyed for the heatmap simply did not consider energy efficiency to be a big concern for them. You wonder whether these particular respondents pay any attention to the weather forecasts or have money to burn, but at least 46% of those surveyed were more than concerned about the issue but cited a lack of financial resources to do anything about it.

Putting aside the jokes about the British weather, energy efficiency is something we should all be looking to improve upon in our homes, especially when you consider the rising cost of our energy bills. There a number of ways in which you can reduce energy consumption and these can lead to some very worthwhile savings over the year.

By improving the levels of insulation in your home, you have the opportunity to save at least £600 per year in energy costs, which is a rather welcome £150 per quarter less to think about when the bill comes in.

Cavity wall insulation can equate to a saving of up to £140 per year, loft insulation can save you up to £150 per year and fitting a new and more efficient boiler could provide you with savings of an estimated £305 per annum, all of which adds up to some very worthwhile savings of around £600 for the year.

When you consider that the heatmap highlighted the fact that almost half of the people questioned for the survey said that they simply could not afford the cost of improvements, there is the question of affordability to tackle when trying to improve the energy efficiency of many of the homes in Britain.

The Energy Companies Obligation (ECO) scheme is designed to help reduce the levels of energy consumption in the UK by funding energy improvements worth in the region of £1.3 billion every year.

ECO is currently set to run until March 2015 and is intended to work alongside the existing Green Deal scheme by providing consumers with support and funding for energy efficiency improvements in their homes. The scope of the ECO is threefold, Carbon Saving Community Obligation, Affordable Warmth Obligation and Carbon Saving Obligation.

This is aimed at providing insulation measures to households in certain specified areas of low income and the terms of ECO dictate that 15% of each energy supplier’s obligation is used to upgrade properties in rural areas that also have low-income occupants.

This is targeted at providing heating and insulation measures that are in receipt of means-tested benefits and is intended to support low-income consumers who are particularly vulnerable to the impact of living in cold homes.

This part of ECO covers the installation of measures such as solid wall and hard-to-treat cavity wall insulation which is not able to be financed entirely through the Green Deal initiative.

The heatmap produced by npower highlights the issue of how many properties could benefit from better insulation and when you look at the incentives available and the potential cost saving on energy bills that can be achieved, it makes sound financial sense to check out what you might be able to get for free to improve the insulation in your home.

Ralph Mullen’s passion is smart energy usage. When not researching innovations and applications, he often blogs about reducing energy consumption and improving efficiency.

Is Nordstrom a Good Deal?
Pension Fund Check In Your Future? Do You Spend or Save? 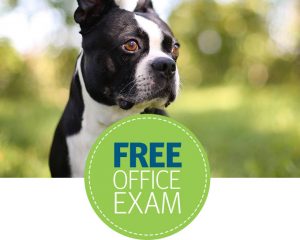