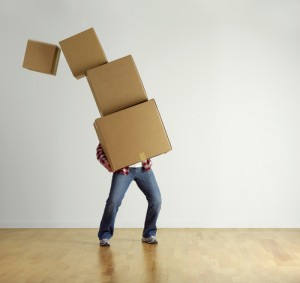 Moving is expensive, that’s no surprise. The surprise is just how many people move and how deeply it cuts into our finances. A recent survey of 306 people who recently moved, commissioned by Our Town America, a mover marketing franchise, revealed scary statistics.

Just how many of us are moving?

Of 300 million people living in the United Stats, more than 40 million of them are moving this year- that’s 13% of us!

Why are so many people moving this summer?

A stronger economy means more people are moving for jobs. And homeowners who foreclosed on their homes back in 2007 have waited seven years to clear there credit scores and may be back in the market to buy.

How deep does the financial cost of moving cut?

1 in 10 said that the average move costs $5,000 or more. (I moved cross country for $310 – so it is possible!) Some 1 in 6 movers go into debt after moving, which is a lot more than I expected. You’d think people would estimate the cost of moving ahead of time, save up for it or decide not to move. Or get rid of these particularly expensive items to move. Of course, sometimes you have to move even if you can’t really afford to.

What about the emotional stress?

Nearly 1 in 2 movers say their recent move caused serious financial stress, causing lasting friction with their significant other. More than 3 in 4 respondents in a relationship said finances after the move were the top stressor in their relationship. And more than 1 in 3 (35%) say moving scarred personal relationships, citing financial strain (49%), increased bickering (51%) and decreased intimacy (49%).

And sadly, employers don’t help much. Only half movers say their company did helped pay for relocation.

Is there an upside to moving?

New jobs, new homes, and new moves are great for the economy as a whole. So when you move, everyone else can thank you. You’re spending money you didn’t have to, helping money flow to others.

What can make a move easier?

More than half (53%) of the respondents said that today’s neighbors are not as friendly as the neighbors they remember as a child because they “seem too busy.” I wonder if that’s because as children, we weren’t very busy.

If we weren’t all so lazy, I mean busy

“This survey shows new movers need and appreciate this welcome package, especially after receiving minimal help from their loved ones throughout the moving process,” says Our Town America President & CEO, Michael Plummer, Jr. This is no surprise, seeing how Plummer’s company sells the welcoming packages. I agree that it is nice to be welcomed to a new neighborhood, but receiving a bunch of fliers from local business adds to the mail sorting “to do list.” It would be much nicer to have neighbors come over and with a smile and a warm handshake. Nothing can beat that. 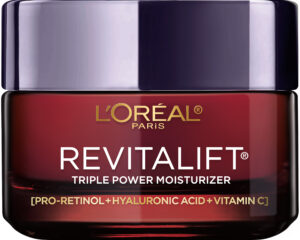