Who says airline baggage fees are excessive? I carefully considered all my options for moving across the country from Los Angeles to Rhode Island and calculated that flying was cheaper than professional movers, Uhaul, and the United States Postal Service. Had I needed to move furniture as well as boxes, I would have chosen one of the moving companies rather than flying. Don’t believe me? Check my math below.

Pros: All I have to do is pack. The movers load up my stuff and unpack it.

Cons: Dealing with skeezy movers, who may charge me a higher rate for any boxes

above and beyond my initial estimate. Plus, the pick up window is two weeks and the delivery window is four weeks. I called a national moving company for a quote to move 13 large boxes

$623.43, which included a fuel fee, stairs fee, and an administrative fee.

Pros: Getting to see the country with a friend. Cons: Molding butt to seat over 3,560 miles.

Schlepping made easy with luggage carts

Pros: Boxes delivered to my new doorstep. Cons: Stuff doesn’t arrive for eight days and may be damaged from the rough ride or heat.

Pros: Stuff arrives with me. Cons: Lugging boxes to and from airport.

$0 = boxes 8-13, which a friend flew across for me for free using his elevated airline status perks

Have you moved across the country? How much did it cost?

If you had to move across the country, how would you do it? 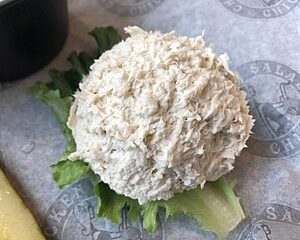