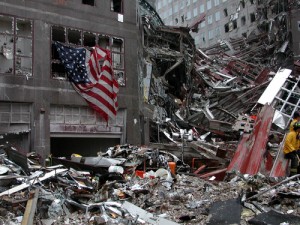 I remember. Via Shutterstock

Has it really been 13 years since 9/11? Gosh, it has. Who remembers that day? Every year the tributes and news coverage shrinks. Fewer friends and family seem to recognize that this day is different. A day to remember and mourn. Perhaps they are moving on.

I am, too. My heartache is softer, fainter. I call up the images in my head – the plumes of smoke out my kitchen window, the impossible crumbling building, the sirens and sirens and sirens – and they bring tears, not sobs.

Instead of bargains, I am sharing a post I wrote in 2009 that originally appeared on my Bargain Hunter blog at the LA Daily News.

September 11, 2001 was one of those gorgeous fall days. I had just started grad school at Rutgers in New Jersey and had planned to go into campus that morning. But as it turned out, the CDs I needed to listen to had arrived the day before in the mail. Otherwise I would have taken the subway into Manhattan, transferring to the NJ PATH train at the World Trade Center. With the CDs at home, I slept in.

The sirens finally woke me up. I got out of bed at about 9 a.m. and I remember thinking there were more sirens than usual that morning. You get used to a lot of noise living in New York City. Then I saw a trail of smoke from the first tower. I went back into the bedroom and woke up my boyfriend.

When the second plane hit, my gut told me it wasn’t. From my window I saw the terrible gash the second plane created on the side of the building. There was a lot of smoke. You could see flames.

I made an appointment to donate blood today. Join me in honoring the victims of Sept. 11 by giving blood.

Investing at the Right Place
Forex Trading: Should You Go with Trend or Range? 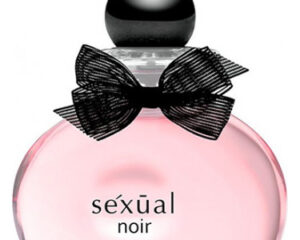