I cannot wait to go to San Antonio. Via Shutterstock

While San Antonio, Texas, is an excellent tourist destination known for the historic Battle of the Alamo and its picturesque River Walk, the city is also an established center for business. The Alamo City often plays host to meetings and conferences for such diversified industries as healthcare, car manufacturing, financial services, and oil and gas. The Henry B. Gonzalez Convention Center, conveniently located in the heart of the city’s Downtown San Antonio allows business travelers easy access to many of the city’s must-see attractions.

Here’s a quick guide for the business traveler (or just the busy traveler!) with just six hours to spare in one of Texas’ gems.

Check into one of the many beautiful downtown hotels San Antonio has to offer. The Grand Hyatt San Antonio is located next to the Henry B. Gonzalez Convention Center, while the Westin Riverwalk San Antonio is on the famous River Walk and only a short 10-minute walk away.

Pop into Schilo’s Delicatessen on E. Commerce Street for a Reuben sandwich, split pea soup and their famous homemade root beer. This German-style deli, housed in a former 19th century mercantile exchange building, has been serving up sandwiches since 1917 and is emblematic of the city’s rich German roots. It’s only a six-minute walk from the Westin or a seven-minute stroll from the Convention Center.

Amble on the famous River Walk, or Paseo del Rio as it’s also referred to in Spanish, one story below street level. There’s an entrance on E. Commerce and Losoya streets only a few steps away from Schilo’s. The River Walk is a series of sidewalks lining the San Antonio River and peppered with restaurants, bars and shops. Construction on the project began as early as 1939 and has continued to be extended away from the down town area. The river is used for many boat parades, including all five of the San Antonio Spurs’ NBA Championship victory cruises and annual holiday lighting ceremonies.

Continue on the river for approximately five minutes until reaching the Hyatt Regency San Antonio hotel. Once inside, walk through the hotel’s specialty-designed pedestrian walkway complete with concrete waterfalls and romantic landscaping reminiscent of indigenous pyramids. The walkway is appropriately named Paseo del Alamo as it leads back to street level directly across from The Alamo Mission. The Alamo was the site of the famous Battle of the Alamo in 1836 during the Texas Revolution. It’s one of five historic Spanish frontier missions in San Antonio that were collectively named a UNESCO World Heritage Site this July. Walk through the mission’s gardens and learn about the battle’s iconic participants, including General Sam Houston, James Bowie, and Davy Crockett. Admission to the Alamo is free.

After the Alamo, walk to the corner of East Crockett Street and cut through Rivercenter Mall. Do a bit of shopping inside the beautifully sunlit mall. Go down to river level for Marble Slab Creamery ice cream where they expertly hand-mix flavors and toppings into a waffle cone. Enjoy the lovely views of the river and the sounds of the Peruvian woodwind instruments played by the Andean Fusion band, which can typically be found there on the weekends.

Continue south on the River Walk for another 10 minutes until you reach HemisFair Park, located on the grounds behind the Convention Center. The lush park ground has beautiful gardens, cascading waterfalls, fountains and playgrounds. The park is home to the Mexican Cultural Institute, which showcases Mexican artists and classic films. Rise to the top of the city for $11 at the Tower of Americas, the 750-foot rotating observation tower and restaurant, and get 360-degree views of the Alamo City. Grab a coffee or have a delicious meal at the award-winning restaurant Chart House.

Keep admiring the architecture until you reach Guenther St. and choose to either walk on the street or the river until you reach the Blue Star Contemporary Art complex on South Alamo St. housing various art galleries and brewing company by the same. First Friday is an art walk that happens every first Friday of the month where galleries, homes and businesses along South Alamo St. alike stay open late to showcase artists’ work and offer free wine.

Stroll up South Alamo St. or hop back on the 305 bus until you get to Rosario’s Café Y Cantina at the corner of S. St. Mary’s St. for some delicious Mexican fare. Start with a refreshing prickly pear cactus margarita at the bar. Have the white fish ceviche or the shrimp nachos as an appetizer, then try the chile relleno (stuffed poblano pepper) or chicken enchiladas Suizas.

If you’re still up for a nightcap, head to The Friendly Spot, an outdoor bar known for their micheladas and more than 250 bottled beers to choose from.

This post was posted by Fiona Moriarty on Hipmunk’s Tailwind blog on July 18, 2015

Did You Know You Could Actually Shop for Credit Cards?
7 Ways to Save Time and Money on Your Wedding 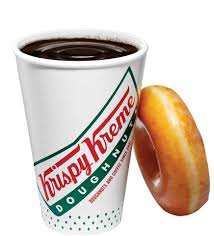