This post originally appeared on the Bargain Hunter blog, which I wrote at the LA Daily News.

A lot has changed in the past eight years, but when it comes to finding bargains on September 11, I feel the same way I did last year. I cannot do my job. A few years ago I told you why and here’s that story again.

So many people tried to donate on September 11 – we expected waves of injured people to flood the hospitals – that the blood bank was full. They turned us away.

We had a picture perfect view. On days when the air was crisp and the sun bright under a brilliant sky – almost impossible to imagine in hazy LA – I ate my breakfast cereal in front of the window, just staring at the buildings. My own New York postcard.

September 11, 2001 was one of those gorgeous fall days. I had just started grad school at Rutgers in New Jersey and had planned to go into campus that morning. But as it turned out the CDs I needed to listen to had arrived the day before in the mail. Otherwise I would have taken the subway into Manhattan, transferring to the NJ PATH train at the World Trade Center. With the CDs at home, I slept in.

The sound of sirens finally woke me up. I got out of bed at about 9 a.m. and I remember thinking there were more sirens than usual that morning. You get used to a lot of noise living in New York City. Then I saw a trail of smoke from the first tower. I went back into the bedroom and woke up Hubby, who was then my boyfriend.

“There’s something going on,” I told him, nudging him awake.

When the second plane hit my gut told me it wasn’t. From my window I saw the terrible gash the second plane created on the side of the building. There was a lot of smoke. You could see flames.

But there was one part that was beautiful. After the towers collapsed – but before the wind blew a blanket of smoke and debris over Brooklyn – the brilliant sky glittered. 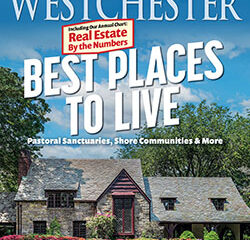