I had the pleasure of spending Halloween at a small town on the outskirts of Los Angeles. My daughter and her friend had set up a face painting booth and I was doing some serious people watching and costume examination. Here are 10 things I learned from Halloween 2010.

1. Make sure that you and your kids eat a protein-heavy meal prior to trick or treating. You need good food in your system before bombing it with sugar. If possible, get the young ones to take a nap in the middle of the day. This will help with late night crankies.

2. If you are trick or treating with a child and they start to cry and no longer want to participate in the festivities, it is time to take them home. It is best for the child and for the other people trying to have a good time. There will always be a next year.

3. I had never been to a closed-street Halloween event before this year, but I was very impressed by how many people were there having a great time. Even after all the store owners ran out of candy, there were still tons of people roaming the streets, checking out costumes, and enjoying a mild night in Southern California. I felt like I was at an old time social.

4. The very best costume I saw was someone dressed as Tetris, pictured above. They didn’t talk, but in small letters on the top box it said “Tetris.” Once I said the word, the box started to jump up and down. It was a cheap and brilliant costume.

5. My second favorite costume was the almost totally tattooed, bearded, super macho guy in a pink dress and wig. He was there with his wife and baby. They were having a great time.

6. We gave away about 600 pieces of candy. Considering we weren’t on the main path of traffic, that was a lot of candy. We knew we were going to go through a lot of candy, so we bought large bags of small candy at the 99 Cents Only store.

7. I was really glad that I had a camera. There were so many great costumes to take pictures of. A lot of the fun for the participants was posing for pictures.

8. I was a bit dismayed that most of the costumes were store bought and not hand made. The good news is that most of those costumes will not be worn again, but will show up at yard sales and thrift stores next year. You will then be able to grab them at a fraction of this year’s cost.

9. For those of you who WANT to make handmade Halloween outfits, I was reminded of the best book I ever saw for costume ideas. The Klutz Make Believe Book of Costume and Fantasy. Earmark this now for help coming up with great ideas next year or anytime your kids want to have dress-up. This book appears to be out of print, but you can still get it on Amazon for one little penny plus shipping. A bargain, for sure!

10. The last and most important part of what I saw were families dressed up and having a good time with each other. They were strolling the main street of their little town in costumes. It was safe. It was fun. I thank those who worked to make this little bit of magic happen.

What ideas do you want to remember for next year?

$8 reader haircut before and after pictures
My new retirement account! Do you have one? 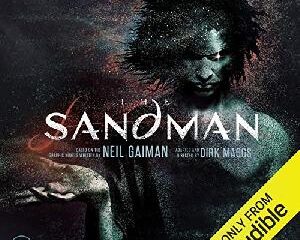