Get a free breakfast at Subway from 7 a.m. to 11 a.m. on Tuesday, April 27, 2010 at So Cal Subway locations. The freebie is for a English Muffin Melt and an 8-ounce beverage. No coupon is needed to get the deal. The freebie is part of a publicity campaign to highlight Subway’s new breakfast options, which range from $1.75 to $3.25.

Valid only at Subway locations in Los Angeles, Ventura, Orange County, San Bernadino, and Riverside counties. Watch the Subway commercial about the deal via YouTube.

Caveats: may not be combined with any other offer. Substitutions cost extra. 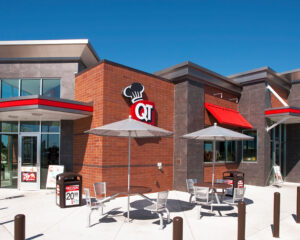