I welcome back to school supply sales because each year I run an arts and crafts tent at Children’s Day 2011 in Woodley Park, Los Angeles. This is an enormous free fair for families that tens of thousands of people attend. I expect to have around 7,000 craft projects made in my tent during the day.

That is a lot of craft supplies! I work all year to gather supplies at rock bottom prices from estate sales, clearance racks, and on freecycle.

Today when I entered Walmart and saw bins of deeply discounted school supplies I was really excited. I told my daughter, “Go grab a cart. We’re going shopping.”

The main items I wanted to get were glue sticks. I needed about 200. Walmart had packages of two sticks for 40 cents. Around the corner there were packages of 12 sticks of the exact same size and brand for $3.88.

At first glance and with some rough calculations, I thought, humm, 12 sticks for $3.88. That means each one is around 33 cents. Oh, that is less than 40 cents. But, something seemed wrong. I pulled out my phone and calculated that each of the sticks in the 12-pack was 32 cents.

But wait…the pack that was 40 cents had TWO sticks. So, each of them was only 20 cents! Much less than 32 cents. My mind didn’t want to believe that a package of two glue sticks could be a better deal than a package of 12 glue sticks. Apparently, I was not the only person who was taken in with this marketing ploy. The shelf where the 12-packs were displayed was littered with abandoned 2-packs.

I’m pleased that I saved the money, but I am sad that I had to purchase all the extra packaging that went with it. I know that it isn’t always a bargain to buy in bulk, but I didn’t realize that I could save so much by NOT buying in bulk.

I never would have figured out the math in my head. Dividing 12 into 3.88 is not easy.

Make sure you take a calculator with you, even if it is on your cell phone. Androids and iPhones have lots of shopping apps, many of them free. Calculating what is really the best deal can save you lots of money, just like I did. 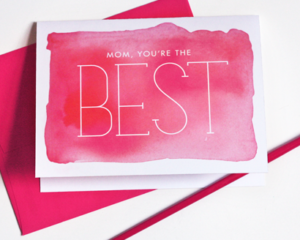