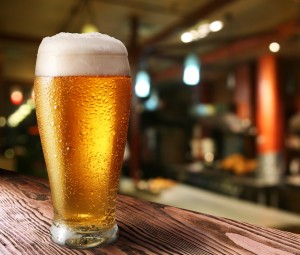 Save some dough when you buy your hops. /via Shutterstock.

Fall is in the air and Oktoberfest is not far behind! If the changing of the seasons has you thinking about a nice tall cold one, you’re not alone. Then again, what season doesn’t go with a good beer?

But beer can get pricey and eat into your grocery or entertainment budgets fast. My spending dropped fast this year because I got pregnant, but that may not be in your list of possible or preferred options! So in the interest of keeping finances in check without giving up all of the good things in life, here are some ideas for saving money on beer.

As always, please drink responsibly, know your limits, and utilize a designated driver if you’re away from home!

13 ways to save money on beer:

1. Drink at home. The number one way to save money on beer is to serve it yourself. If you’re still in the stage of life where going out with friends is a primary form of entertainment, that adds up fast. Assume you can drink beer at home for $1.50 per drink, and in a bar the cost is $5 (probably less in small towns, but more in big cities). If you go out twice a week, and consume three beers each night, you’re spending $120/month on beer! Reducing your going out to 2x/month (and inviting friends over the other nights) means reducing that to $57/mo — a savings of over $750 a year!

2. Happy hours. If you’re going to go out, arrange to meet friends at times when discount brews are available. There are several great apps for your phone that can help you find a happy hour wherever you find yourself when 5pm rolls around (I’ve been using Happy Hours for iOS, also available on Android, but let us know if you have another favorite). Find nationwide happy hour deals here.

3. Drink cheaper beer. This probably sounds one of two ways to you: like a no-brainer, or like an abomination. Did you know that Consumer Reports does beer tests and has ranked some cheap(er) beers pretty high? For example, Coors beat out nine other brews in its category. If you can’t stomach starting the evening on a cheap beer, consider drinking the good beer first and then moving on to cheaper brews after one or two when your taste buds are less likely to notice the difference. One way to find cheaper unique beers is next:

4. Buy store brand beers. If you live near a Trader Joe’s, they carry a good selection of beers at decent prices, including craft beers brewed for their own label. I don’t have a TJs close to me anymore, but their beers have gotten decent reviews online and appear to be priced around $5.99 for a six-pack (not bargain basement, but a savings of $2-4 from the usual supermarket craft beer six-pack price). If you have another local store with a house-brand, it’s worth a try (or at least googling a user review!).

5. Buy in bulk. This could include getting cases from warehouse stores (such as Costco), taking advantage of lower per-unit prices on cases from the grocery store, or stocking up if a store happens to offer a BOGO or discount on second six-pack. If you buy in bulk just for yourself, make sure you have a cool, dark storage place (such as a garage or basement), particularly if the beer is in glass bottles. Light can degrade beer quickly.

6. Brew your own. This option definitely won’t save you money on your first six-pack. But if you drink regularly and anticipate this being a hobby you will stick with over time, the start-up cost can be absorbed in as little as 6-12 months. For cost comparisons, see Bargain Babe’s analysis or get a breakdown of savings from a simple beer setup at The Simple Dollar.

7. Buy a keg. I’ve never bought a keg, but several online resources quoted around $80 average price for a keg (non-craft beer) that serves about 165 beers (or just under 50 cents per 12-oz serving, vs $0.80-1.00 for cans of similar beer). But while a keg can help you save on per-beer cost, remember that it will also take up space, require heavy lifting, and limit your beer choice. Unless you want to invest in a kegerator (to keep the beer cold and good over time), this option can save you money when having a large party but may be cumbersome for your daily beer needs.

8. Split a pitcher. If you have similar taste with friends, split a pitcher when you’re out for savings of 10-30% off of per-pint prices.

9. Drink local. When you go out, patronize local dive bars rather than chain restaurants or bars that could be described as a “scene.” Bonus: you could wind up “where everybody knows your name!”

10. Military base. If you are in the military, or have friends or family who are, you may be able to purchase beer at a discount on base, or without paying taxes.

11. Tailgate. If your beer budget primarily goes to stadiums (where drinks are notoriously small and overpriced), consider tailgating with friends or meeting at a local bar for a beer before going into the stadium.

12. B(their)OB. When you host a party or dinner, don’t be afraid to ask others to contribute by bringing beer to share. Particularly if you find yourself hosting frequently, or more often than others in your group. Plus, this way everyone gets to try something new.

13. Drink less. Once again, you’re either thinking “duh!” or “no way!” But if your beer consumption is seriously eating into your budget, sometimes just putting the numbers to it can convince you to cut down. Try tracking your beer spending for a month (or a season) along with how many beers you consume. Then you can determine how many beers per week/month you want to cut out to get your spending in line. Finding out you could save $500-1000 per year by cutting out 2-3 beers per week may just convince you to say “more water please, waiter!”

How do you save money on beer?

Wicker Furniture From Ancient Egypt to Now
ScanLife App: Save Before You Spend 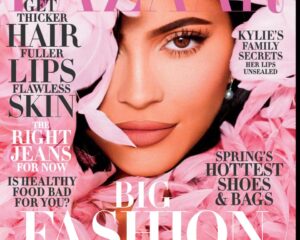