Reactions to my post about keeping quiet when a waitress undercharged me and five friends runs the gamut from cutting me slack to dubbing me the “Bad Ethics Babe.”

I can tell reader Diana is wagging her finger at me:

You’re a nice lady, Julia. You know that was a scummy thing to do. I hope this is one of your regular eateries and you get the chance to do the right thing and make it up to the server.

I bet you and your friends would have leapt all over the  server if she had overcharged you.

Pam thinks the waitress was fond of us:

I usually think the server liked us so much he/she is giving us a deal, so we make sure and tip the server at least as much as the deal they gave us and some more on top of that. I have worked in the hospitality industry and that seems to be understood, especially when you are a regular. Giving a deal always helps your tip, though owners of the establishments aren’t too happy about the practice, but it does keep customers happy and coming back!

Ashton says my gain is the waitresses loss:

Please go back to the restaurant and repay her! The money will be deducted from her tips. Times are hard for everyone, we shouldn’t try to get ahead off of other people’s mistakes.

I wait tables. Let it go no biggie. Beer on tap is so cheap…

Scott’s says the dollar amount would determine his actions:

As the saying goes: “Buyer beware.” Sometimes it works out “Seller Beware.” If it’s a small amount I might not bother to point out the difference. If it would cost someone their job that’s another story.

Lisa says there’s only one thing to do:

Julie thinks I learned my lesson:

If you make a habit out of honesty, then you never have to think about doing the right thing. You just do it and that is that. It is a comforting feeling. None of us are perfect. You slipped up a bit and it is obvious that you had some second thoughts. It is also very out front of you to admit it and have a discussion here. The best thing is a clear conscience. In this case, it was a good deal at the expense of someone else. I have a funny feeling if it ever happens again you will point it out to the waitress.

I am moved by all your comments and am re-thinking why I gave into peer pressure to not alert the waitress. I could have insisted on letting the waitress know or offered to pay for the group’s beer myself.

I’m still on the fence about whether I will return to the BBQ restaurant to correct the tab, but I’m certainly considering it! 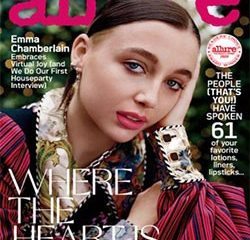