Seems like holiday shoppers spent more than the 2.3% increase expected by the National Retail Federation (NRF) this year. I’ve seen signs of big spending, have you?

At REI yesterday, the cashier told me they had oversold so much the store might not offer a coupon until March! Kids clothing was the hottest category, with adult clothing doing well, too. The store had plenty of clearance, however, albeit in odd sizes. Perhaps making room for new full-priced gear?

The second sign of big spending I saw was yesterday at the mall. Actually, I never made it into the mall. I wanted to return a zip up sweater and both entrances to the parking garage were backed up at least 15 minutes! I promptly turned around only to get stuck in the exiting mall traffic. Sigh.

The NRF raised their spending increase from 2.3% to 2.3% and experts ShopperTrak and MasterCard raised their shopping predictions to 4% and 5.5%, according to a holiday spending story in the Wall Street Journal. The same story named winners and losers in this year’s holiday shopping spree. Winners included Target, Abercrombie & Fitch, Macy’s, Tiffany & Co. and Victoria’s Secret parent Limited Brands Inc. Among the likely losers were Best Buy, Aeropostale, and Wal-Mart Stores. If this loser list turns out to be true, look for more coupons and big deals from these retailers.

I capitalized on a post-Christmas Macy’s sale and used a coupon to get a great deal on two bras. I found a great pair of jeans on the discount rack at Nordstrom and bought a sweater that was on sale at J.Crew. At the register the clerk asked me if I wanted to make it a final sale and get an extra 30% off. You bet!

Did you hit the post-Christmas sales? Receive any presents you plan to regift? If you’re hesitant about passing on a present, read these rules for regifting.

How to make the most of year end sales
Free credit report, free 2011 calender, free Kindle books, and more! 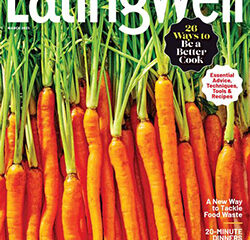