A recent survey by CESI Debt Solutions found a whopping 80% of us hide purchases from our partners. Ouch! Some 18.5% of married couples have credit cards their spouse don’t even know about! I’m not sure how that is possible. Wouldn’t they see the bill, notice transfers out of a bank account, or wonder where new items around the house came from?

According to the survey of more than 200 Americans, spouses are secretly buying:

The last item makes me think the survey included in the “secret” category purchases not explicitly mentioned, which would inflate these numbers. The survey was conducted by a company that makes money from helping people pay down credit card debt so I suppose the more people overspend, the more their business is necessary. But forgetting to mention a purchase is different than keeping something secret. You took the kid to JC Penney for new underwear? Not exactly scintillating dinner conversation.

Most financial cheaters kept their spending on the down low to avoid problems at home, the survey found. Ya think?! Oh honey, I forgot to tell you I owe $6,000. Guess we won’t be going on vacation, after all.

So the question is not whether you have cheated financially on your partner, but what purchase were you hiding? Or perhaps you have a story to tell about discovering a secret purchase?

One of the biggest fights I ever had with a significant other was when I discovered he had purchased a TiVo in secret. The purchase price was not the issue, however. I was strongly against a TiVo as I was convinced I would watch too much television if we had one. He was strongly for the TiVo as it would allow him to easily record shows he liked. A great sale came up and he couldn’t resist. I found the thing in the closet about a week later and blew up – it felt like he had lied to me. Looking back, we both could have compromised and avoided the whole argument. Sigh. Live, and learn.

How to Save Money at the Farmers Market
Staples coupons $5-$50 off, free business cards, Sirius free trial and more! 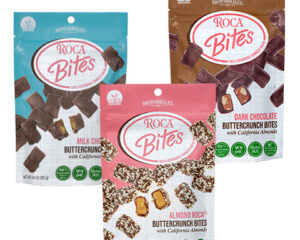