(my actual lunch) Guess which president is on the five dollar bill? Guess how much a Lincoln Lunch costs? If you answered Lincoln and $5, you win a gold star! And you are ready for my first Lincoln Lunch post on Bargain Babe.

The special thing about this lunch is that I made a profit. Yep, I cleared $.10 on this meal.

It started when my journalist-turned-cop friend told me to meet him at Tacomiendo, a low-key Mexican joint in Culver City. I arrived early on two wheels (the MINI is getting no love now that I’m self-employed) with just enough time to wipe the sweat off my face and pray that my helmet was no longer indented into my forehead. Riding a bike is cheap alright, but very dorky.

The menu at Tacomiendo has a few Lincoln Lunch options. Flautas are $2, tacos are $2 to $2.25, and quesadillas start at $3.75. You can also order homemade tortillas ($1.25) and dip into a free pot of…… pinto beans on the counter. I opted for a $4 chico burrito, which is vegetarian.

My friend and I chatted about newspapers and our decisions to leave them until our food arrived. Then it was time for cop tales. But first, a little about my meal.

I expected the burrito to be child-sized because chico means “boy” in Spanish. But it was quite large and came with a good supply of chips. The free salsa bar offered four types of salsa plus garnishes like limes and radishes. The burrito, which came with rice, black beans, and jack cheese, was flavorful despite the lack of meat. I sprinkled pico de galo and roasted pepper salsa on it to make it even tastier. My friend’s plato de carne ($7.45) looked very tasty.

My cop friend, who as a reporter wrote stories about bizarre people, said that police work has opened his eyes to how many truly insane people there are.  And I thought he had met them all on his beat! But no. Out of nine calls he and his partner responded to yesterday, all were bogus. Like the lady who called because a neighbor was broadcasting secret messages at her through his microwave. She could hear them, couldn’t he? Unfortunately not. But had she considered seeing a doctor about her special hearing?

And I thought my job was interesting. At Tacomiendo, I could not finish my burrito but did not have enough to take home. We walked outside to say goodbye. My friend was off to buy a new set of handcuffs – his city-issued pair were getting rusty and it was rather embarrassing not to be able to close them during an arrest.  He also needed…oh, but what was this?

A crumple of bills on the ground. A five and a one. The $6 wasn’t his, was it mine? I checked my pockets; I was not the rightful owner.  He offered it to me anyway and I accepted it as an investment in BargainBabe.com.After Hubby, he is my second investor!

I used the capital to offset my lunch, which came to $5.90 (I ordered a Tamarindo soda and wasn’t going to tell you, but I must or the math does not add up!)

What to cut immediately if you lose your job
Friday fun: funniest cats on the ‘net 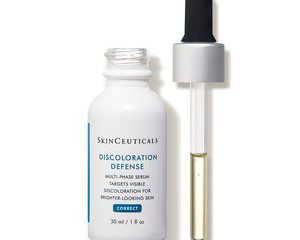