My spending moratorium is over in four days on August 1. Hallelujah!

I told Hubby how well my spending experiment was going and he brought up a great point. You’re not spending anything, he said. “But I’m more in the ‘I can spend’ mindset,” he said.

The possibility that his spending would change during my moratorium had not occurred to me. Once he pointed it out, though, I was nervous that our spending had shifted from the two of us to just him.

Was our total spending in July any less than in past months?

I pulled up our most recent credit card statement, which ended yesterday, and found our total had ballooned to levels not seen since before we started my simple budgeting system.

What happened? Some of the purchases were in June, before the moratorium started, which I subtracted. Then I subtracted all the business expenses, which were allowed during the moratorium. The total came waaaay down to where it resembled bills from past months.

But Hubby was right. Our credit card bill, which reflects the vast majority of our spending, was about the same. Does this mean I didn’t save any money during the moratorium?

I took a closer look at the bill. Most of the charges were genuinely Hubby’s (a pull up bar from Big 5, a massage, lunch with co-workers) – not him covering for me.

Then I saw it.

A $395 charge from the dentist for a night guard. That expense is paid for by pre-tax dollars we set aside for medical expenses through our Health Savings Account. The money has already been saved. I subtract $395 and our total spending is…REALLY LOW!

In fact, our July spending is less than half of what our lowest credit card bill has been in years. Maybe ever.

I’ve still got four days until I can spend, but so far I’m declaring the moratorium a success!!! 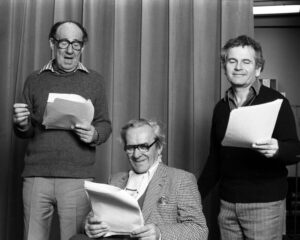