To rent or not to rent? Credit: dennis/Flickr

Perhaps as a sign that going car-less for Lent is a good idea, yesterday for the first time I saw a bus go by my house. I can’t pretend to need a car when there is a bus route at my doorstep, can I?

Didn’t think so. Where I was in doubt about this sacrifice, you had none. Other than Linda O., commenters unanimously want me to ditch my car keys.

Final answer? I’m going car-less for Lent, which starts Wednesday, Mar. 9 and ends on Easter Sunday, Apr. 24, 2011. (The end of Lent is debated, but I’m sticking to Easter). During my auto fast, I’m allowed to drive my car on Sundays, which is another issue hotly debated among Catholics. I’m not religious, so instead of giving up a sin for Lent, my twist is that I’m giving up a financial sin.

Owning a car is a financial sin? One calculation shows that driving takes $7,095 out of my community each year. Not only is that a lot of money leaving my pocket, it is a lot of money leaving my community. By riding my bike, I’m improving my health and reducing my pollution output. By taking the bus, I’m supporting local economy. By taking a taxi, I’m really supporting the local economy.

Just one problem. During my auto fast I have a business trip to Los Angeles. I no longer have a functioning bicycle in Los Angeles, so I may have to rely on buses. Or, I could exclude business needs from my fast, just like I did during my no-spend month, which means I could rent a car in Los Angeles.

Would renting a car on a business trip during my auto fast be cheating? 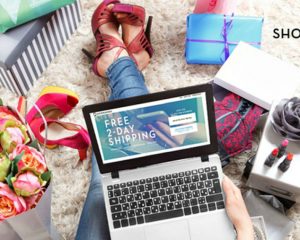