Weeks before graduation, I received a letter from my bank telling me I would no longer qualify for a student account and that I needed an average daily balance of $1,500. Boo!

With my student account I managed to avoid bank fees as long as I never stepped in to the bank and only used the ATM for my transactions. According to the bank’s letter, the fees would kick in on or after June 4. I prepared by transferring money from my savings account on June 1.

A couple days later, I was slapped with a $8.75 fee. What?!?! I couldn’t believe it. I immediately called my bank.

“Hi. I’d like to know why I was charged a fee when I met the average daily balance for my account.”

“Sure, let me check our records,” said the bank teller.

misread the letter. The letter stated the fee would take effect on my statement beginning on or after June 4. My statement had begun May 19 and I made the transfer in the middle of my statement period, which was not enough to bring my average daily balance to $1,500. Rats! How could I complain when I hadn’t been diligent enough to make sure I understood when the fees would start?

This is the only bank fee I’ve ever had to pay, knock on wood! This account had several fees that I managed to avoid. Fortunately, I did not have a limit on how many times I could make transactions. I avoided paying a $3 bank fee plus the other ATM’s charge by only using my bank’s ATMs. I also avoided a $8.95 fee for entering the bank to talk to a teller by calling them instead.

There had been no monthly cost up until the $8.75 fee for not meeting the average daily balance — and I wanted it to continue this way.

“Is there a way to avoid having a minimum on my account?”

“Yes. You can set up a direct deposit.”

“That won’t work. How about another type of account?”

“We have eBanking, but you can’t walk in to the bank to speak to tellers and you have to receive your statements online or you’ll be fined.”

An hour later, I had solved my main problem. No more average daily balance for me. Though I never did get out of paying the $8.75 fee.

I’m going to try this new account for a while and if it ends up not working for me, I’m walking. I’ll find a better bank to save money. Have you changed banks to avoid fees? What did you look for? 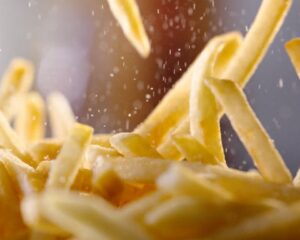