Example of a fake coupon.

A long time reader who shares coupons with me almost everyday emailed me a deal that was highly suspicious, which gave me the idea for this blog post. Here are 7 telltale signs of a fake deal. The fake coupon she sent me is shown above.

1. The deal is too good to be true. In this case, the coupon was for a totally free 12-pack of Coca Cola without any purchase. Yeah, right. Red flag.

2. The expiration date was six months out for a totally free deal. Major red flag. In general the better the deal, the less time it is available.

3. The coupon is a pdf, which are especially easy to manipulate and tamper with. Not all pdf coupons are fakes, but this is a yellow flag.

4. The coupon has someone else’s name or email address on it. Identifiers like these mean the merchant wants to limit coupon sharing and may ask for identification. Then again, they may not. No flag, but embarrassment potential.

5.  The coupon has no expiration date. I’ve seen plenty of legit coupons with no expiration date, which is a major oversight (read: idiot move) by merchants. You can argue until your face is blue that the coupon is valid, but a merchant may not honor it anyway. Yellow flag.

6. The coupon has a fake logo or the wrong font. Merchants and brand owners are extremely careful to use consistent fonts, colors, and logos. If something looks off, it may have been doctored with software like Photoshop. Red flag.

7. The coupon was scanned from paper. It can be difficult to tell is an online coupon is a scanned image. Look for hazy tone, unexplained lines, marks, or blotches. Paper coupons are not meant to be scanned and emailed across the globe. Many merchants do not accept online coupons because of this practice. Yellow flag.

8. The coupon did not have a UPC code, which means it can’t be traced. Red flag.

9. The coupon is from the Internet, which makes it slightly suspicious because online coupons are easier to fabricate. Many  stores no longer accept any kind of Internet coupon because of scammers. Yellow flag. 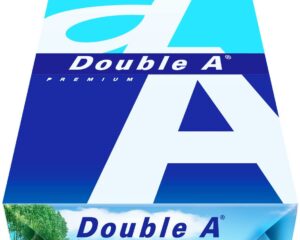