Albertsons – Save at Home Mommy shares this weeks Albertsons coupons. Highlights include Del Monte gold pineapple for $.49, Red Bell Peppers for $.50 each, Stove Top Stuffing Mix 6oz, Barilla Pasta 12-16oz, or Idaho Spuds Signature Potatoes for as low as $.44 each or free with doubler, and Dannon Oikos Single Serve Cups for $1.

Ralphs – Ralphs is no longer doubling coupons up to $1. Get all the Ralphs coupons later today.

Stop & Shop – Look for this week’s Stop & Shop coupons on Friday, the beginning of their sale cycle. Or shop by Thursday for this week’s sale, including McCormick Recipe Inspirations for free after coupon, Bumble Bee Tuna for $.50, Duncan Hines Cake Mixes for as low as $0.15 each after coupon, and French’s Classic Yellow or Spicy Brown Mustard for $.65.

Kroger – Faithful Provisions shares this week’s Kroger grocery coupons, including Pure Protein Bar for as low as free, Cumberland Gap Whole Semi-Boneless Ham for $1.79/lb, I Can’t Believe It’s Not Butter  for $.74, Duncan Hines Cake Mix for $.69, and Crest Toothpaste or Oral-B Advantage Toothbrush for as low as $.99.

Wegman’s – This week’s Wegmans coupons and deals include Artichokes for $.50, Dannon Activia Yogurt for $.99 each, Suave Naturals Shampoo for $.87, Crest Toothpaste for $.69, and Lady Speed Stick Antipersperant/Deoderant for $.88. 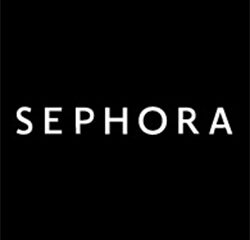