Albertsons – Save at Home Mommy shares this week’s Albertsons coupons including fresh Asparagus for $1.99/lb, Green Bell Peppers for $.39 each, and Nestle Hot Cocoa for $1.

Ralphs – The Ralphs prices assume coupon doubling up to $1. Get all the Ralphs coupons later today

Kroger – Faithful Provisions shares this week’s Kroger grocery coupons, including Marie Callender’s Dinner or Pot Pie for $.99, Propel Fitness Water for $.49, select Post Cereal for $.99, Kleenex for as low as free, and Edge Shave Gel for as low as free when you buy a Kroger razor pack.

Wegman’s – This week’s Wegmans coupons and deals include Hunt’s Tomato Paste for $.50, Hunt’s Tomato Sauce for $.33, Aquafresh Toothpaste for $.69, and Softsoap Body Wash for $.69. 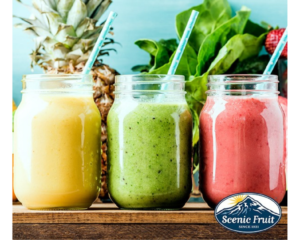