Custom coupons are coming to a grocery store near you! Via Shutterstock.

Grocery stores are starting to offer customzied coupons to you, but not the next gal. Individual coupons mean you may get a lower – or higher – price than the next shopper depending on your spending history, according to a recent New York Times story.

Safeway and Kroger employ custom coupons and I’ve seen a similar program at Stop & Shop. The way it works is that stores track what you buy through your loyalty card. Your grocery story may snail mail you coupons, or if you shop online, digital coupons may pop up that others don’t see. Some stores have a kiosk near the entrance where you can scan your loyalty card for instant coupon printouts.

Now grocers like Safeway and Kroger are going one step further, each offering differing methods to determine individualized prices. Hoping to improve razor-thin profit margins, they are creating specific offers and prices, based on shoppers’ behaviors, that could encourage them to spend more: a bigger box of Tide and bologna if the retailer’s data suggests a shopper has a large family, for example (and expensive bologna if the data indicates the shopper is not greatly price-conscious).

The goal is to improve profit margins. No surprise there.

I’ve received custom coupons from Stop & Shop, where we buy our groceries. The pamphlet they come in says “coupons just for you.” (I agree, not overwhelming evidence.) But what makes me believe they are customized is that they ALWAYS contain coupons for a few products we have recently purchased, and a few that we have never purchased. Seems a bit strange, no?

As consumers, we’ve seen custom pricing for other goods we buy – airline tickets, car rentals, car repair, contractor repair jobs, and more. But is it different for food? Should everyone be allowed to pay the same price for a loaf of bread?

Are custom coupons fair? Does it even matter?

Are you concerned about privacy – or do stores already have access to your spending info and this is just one step further? 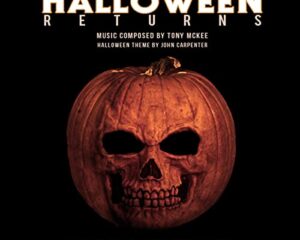