UPDATE: There IS going to be a free food swap at Frugal Festival Food! Get your food swap ticket here.

PREVIOUSLY: I went to my first food swap this weekend and I immediately asked myself – Should we have a food swap at Frugal Festival Food! on June 25? I am hopelessly hooked on this new trend, and you will be too. Almost everyone there was a newbie. Even the hostess of the event, Faith Landsman, had only been to two previous food swaps. I don’t want to sound redundant, but REALLY, everyone was going around the room saying the same thing. “This is so much fun!”

What is a food swap?

people can take them home. So instead of bringing a bowl of cookies to share, you bring several bags with several cookies in each that someone can swap for a jar of jam or bottle of marinade or a loaf of homemade bread. There is no money involved. In fact, one of the rules is that you can not sell anything. You can however, put money in a donation jar to cover some expenses for the hostess.

This fast-growing frugal trend was started in the Los Angeles area by Emily Ho of LA Food Swap after being inspired by food swaps in other areas. She wondered if anyone in LA would be interested in food swaps. They are!

So let me tell you what was so exciting about the food swap that I went to. First of all, there was the great sign you see in the picture above. Simple and homemade. The minute I walked into the house, I was “in” the swap. Tables were set up. There was a sign-in sheet, name tags, mailing list form, and tags for our food items. Most people listed ingredients on their labels.

When I arrived, people had already started to display their items. Some people had samples set up so you could taste their food. I had a chance to check out all the different offerings. If I wanted to swap with someone, I just put my name and swapping item on the “request to swap” sheet.

Everyone was soooo nice. We had social and chatting time before the actual swap began. Then the hostess announced it was time to swap. We got our lists and sought out the people who wanted to trade. A bit hectic, but fun. The actual swap goes pretty fast.

I also had acquired:

So, what do you think? Should we have a food swap at the Frugal Festival? 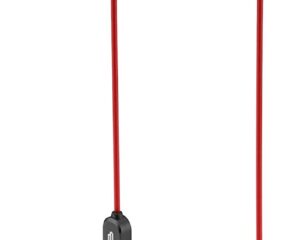