Apparently TVs aren’t selling too well so Best Buy is going to sell motorcycles, says Consumer Reports. “The obvious allure of the Enertia—and the other electronic motorcycles available, like the Zero S—is that it is completely electric,” the story says. “Ostensibly, not being dependent on gas would be a great way to save money. I’d be inclined to agree, but the initial investment an electric motorcycle requires is a rather large hump to overcome.”

Get a free movie ticket through Fandango when you pay with your Visa Signature card, says Coupon Cravings. Check if the deal works in your hood.

Frugal Dad says Utah and Virginia have two of the best 529 college savings plans. “According to a recent Morningstar article, The Best and Worst 529 College-Savings Plans, it would appear both Utah and Virginia offer solid plans,” the story says. “Morningstar’s write up about the Utah plan sounded the most appealing to me.”

Tall men make about $1,000 more per year than men two inches shorter than them, says Five Cent Nickel. “The reason for the height effect remains unknown, but it’s been suggested that being tall boosts self-confidence, thereby making people more successful.” 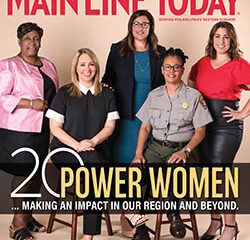