This is not the 6s/6s Plus. Waiting for that image to be released. Via Shutterstock

You have to admit that the whopping 4+ million pre-orders of the iPhone 6s and 6s Plus in the first 24 hours of availability is pretty remarkable. It’s a record number for Apple and more confirmation – as if we needed any – that people love their iPhones. Now, both models sold out quickly. That’s bad news for early adopters but potentially good news for bargain hunters who want to check out the latest iPhone without spending full price.

The best deals on the iPhone 6s and 6s Plus

Go Directly to the Source

For this launch, Apple has rolled out something new – a monthly lease plan that puts a new iPhone in customers’ hands for $32 per month. While buying through your carrier might seem like a better deal, it’s definitely worth considering if you think you might change carriers midway through the year or are on a pay-as-you-go no-contract plan that doesn’t offer any phone deals. It’s also a solid option for anyone who likes to switch phones a lot.

While the carrier discontinued most phone subsidies for upgrades earlier this year, existing customers can still take advantage of limited time only discounts that may apply to the 6s and 6s Plus. New and existing customers who choose the Verizon Plan will still pay the full retail price of the iPhone over a 24-month period but the access charge drops from $40 to $20 per month with a new device purchase. Trade-ins can be applied to device payments, and new customers will get a $100 bill credit upon 6s or 6s Plus activation.

Lease with the Uncarrier

T-Mobile’s JUMP! On Demand deals are perfect for the non-committal because they give users a chance to lease the new iPhones for as little as $5 per month with a device trade-in. That’s a big savings over Apple’s own lease pricing and if you’re already a T-Mobile customer it’s probably the easiest way to get your hands on the latest iPhone as well as the cheapest. It’s also the most versatile considering T-Mobile has always made it easy to switch to and away from its plans.

Make the Move to AT&T

This company is one of the few still offering subsidized smartphone pricing for new customers, which means that the basic 6s shouldn’t cost more than $200. If you’re a current DIRECTV or AT&T U-verse subscriber, switch to AT&T Next to receive a $500 credit and save up to $25 a month on access charges.

Or Commit to Sprint

Sprint also offers subsidized device pricing for the time being but those who want the iPhone 6s ASAP should actually look into their device leasing plan – aptly called iPhone Forever. Rent an iPhone 6S for as long as you’re with AT&T for just $15 per month or the iPhone 6S Plus for $19 with trade-in if you sign up before the end of the year.

Of course before making any decisions, you may want to consider whether you need to make the switch to the latest iPhone right now. Carriers such as T-Mobile are offering previous iPhone models for free (if you select the 16GB or 64GB model) in some cases and when you’re already paying for cell service and data, a no-cost device is a pretty sweet deal.

Are you getting the new iPhone?

Friday Freebies – Free Kids Apps
80% Off Banned Kindle Books – Lovely Bones, I Know This Much Is True, And More! 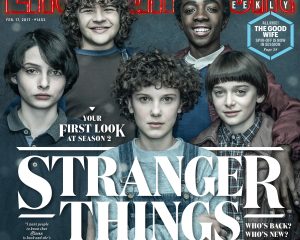