The old printer that is paying for itself!

If you are in the market for a new printer and like to shop at Staples, look for a machine that has multiple ink cartridges. Here’s why.

When I moved across the country on a budget I had to choose between spending $50 to check my print/copier/scanner as airline baggage, buying a new one when I arrived (also about $50), or testing out an old clunky one that my roommate agreed to let me use. My decision to try out the old machine turned out to be very savvy.

Why would I hesitate to use the old printer? My roommate was not sure it worked because it was out of ink. I would have to buy brand new ink cartridges just to test it out. To my great annoyance, the printer required FOUR cartridges, three for color and one for black and white. Plus, the old timer, above, is not anywhere as sleek and sexy as my California printer.

I decided to hedge my bets that the old machine was in working condition and bought a value pack of 10 ink cartridges for $25.84. I received four black and white cartridges and two of each of the three colored cartridges (4 + (2 * 3) = 10). I bought mine on Amazon.com, but BargainBabe.com blogger Bobbi says there are even cheaper places to get ink toner.

Within the first week I replaced all four cartridges and later brought them into Staples, which gives you a $2 credit (down from $3) for each cartridge. Which is when it hit me – I’m going to make money off this printer!

I will get $2 for each of the 10 cartridges I purchased, plus the four empty cartridges that were already in the machine, for a total of $28! The cartridges cost me $25.84. The only downside is that the money comes in the form of Staples Rewards, which can only be spent on store merchandise. I already buy a lot of office supplies at Staples so this is a happy problem to have.

Do you have a success story? Email me! 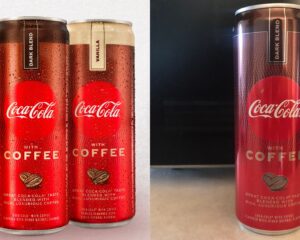